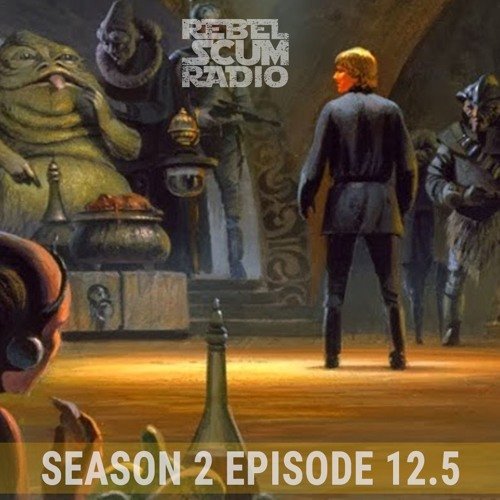 In this Episode of RSR we discuss our most anticipated shows of 2017. Cursed with recording problems we have finally got it together as we originally recorded it at the start of February. So we have called it episode 12.5. Show links are below:

Toys That Made Us www.facebook.com/thetoysthatmadeus/
An 8-episode Netflix documentary series about the history of important toy lines.

Star Wars Rebels Season 3 & 4 www.youtube.com/watch?v=-Hynn2N5N2U
Having established a secret base on Atollon, the Ghost crew, now led by a more powerful Ezra, strengthens the rebel fleet by acquiring new resources and recruits eager to stand against the Empire.

Emerald City www.youtube.com/watch?v=6WgvCprJLkw
When a tornado transports Dorothy Gale from Lucas to the faraway land of Oz, her arrival sets in motion a prophecy about a disastrous event known as The Beast Forever and strikes fear into the land’s almighty ruler, the Wizard.

Powerless www.youtube.com/watch?v=9BS55SYKTpE
Emily Locke lands her dream job as director of research and development for Wayne Security in Charm City, home to superheroes, super villains and everyday citizens fed up with the collateral damage of their constant super fighting.

Dirk Gently www.youtube.com/watch?v=5TNXaCBAjpo
Although bellhop Todd Brotzman doesn’t have a lot going on in his life, the worst awaits him. It begins when he arrives at work one day and is sent up to the hotel’s penthouse, where he discovers millionaire Patrick Spring has been murdered.

Legion www.youtube.com/watch?v=4SZ3rMMYBLY
David Haller is a troubled young man who was diagnosed with schizophrenia as a child. He has been in and out of psychiatric hospitals for years and, now in his early 30s, finds himself institutionalized again.

Time after time – www.youtube.com/watch?v=rp6KWn48ufc
Based on the novel and 1979 movie of the same name “Time After Time” follows the adventures of famed science fiction writer H.G. Wells as he pursues one of history’s most well-known serial killers, Jack the Ripper.

Iron Fist – www.youtube.com/watch?v=Pqc5GEwO7OQ
“Billionaire Danny Rand (Finn Jones) returns to New York City after being missing for years, trying to reconnect with his past and his family legacy. He fights against the criminal element corrupting New York City with his kung-fu mastery and ability to summon the awesome power of the fiery Iron Fist.”

Twin Peaks – www.youtube.com/watch?v=1GW1lFpksl8
“I’ll see you again in 25 years”: Ok, so the ghost of Laura Palmer may have wound up being off by a year or so when she uttered these immortal words to Agent Dale Cooper. But hey, better late than never.

The Punisher www.youtube.com/watch?v=_1ySCvq6rL0
It came as no surprise that after Netflix’s Daredevil Season 2 that Jon Bernthal’s scene-stealing role as tortured vigilante Frank Castle, better known as The Punisher, would get his own show.

The Defenders www.youtube.com/watch?v=wBZtM8q2Z1g
Marvel’s plan to team Daredevil, Jessica Jones, Luke Cage, Iron Fist (and possibly some members of their supporting casts) in The Defenders Netflix series are well underway, and we’ll see it later this year.

Stranger Things S2 – www.youtube.com/watch?v=1bTVR6x4h_I
“A love letter to the ’80s classics that captivated a generation, ‘Stranger Things’ is set in 1983 Indiana – an upside down version of Indiana.

Star Trek Discovery – www.youtube.com/watch?v=CKuZINgyR-c
CBS All Access has been keeping details of the first “Star Trek” TV series in 11 years under wraps. We know that it takes place about a century after “Star Trek: Enterprise” (which was a prequel) and a decade before the original series featuring Captain Kirk’s crew.